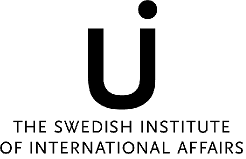 Uzbekistan is at the core of Central Asia. It is the region’s demographic power with close to 30 million inhabitants, its second-largest economic power behind Kazakhstan thanks to its cotton production and still developed industrial network, and a key cultural and historical power. However, since the early 2000s, Uzbekistan increasingly became a kind of ‘black hole’ in terms of scholarly research.

The country’s growing isolationism, the authoritarian hardening of the regime, and its shutting out of researchers have all worked to hinder the ability to conduct fieldwork, thus affecting our knowledge of the country’s domestic evolutions. Nonetheless a new form of knowledge about Uzbekistan has noticeably arisen, and stems from the Uzbek diasporas scattered throughout the world, including Russia, Europe, and the United States. These Uzbek communities abroad provide news from the ground that attests to a quickly evolving societal fabric, as well as to new cultural and socio-economic dynamics at the grassroots level.

In this context it is time to generate a kind of introspective approach of what have we have learned over the last two decades. This two-day conference brings together some of the main scholars to have contributed to our knowledge of Uzbekistan. The aim is to open a genuine discussion about the approaches used to analyze the country’s society, politics and identities.

Uzbekistan beyond the Curtain: Approaches, Fieldworks and Topics