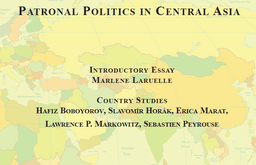 Marlène Laruelle, IERES
Erica Marat, American University
Lawrence Markowitz, Rowan University
and Sébastien Peyrouse, IERES
The Fall 2012 issue of IERES’ Demokratizatsiya: The Journal of Post-Soviet Democratization examines the role of patronal politics in Central Asia. An introductory essay about the concepts of neopatrimonialism and patronal presidentialism lays out the theoretical background for the issue.Five country-study articles then describe the dynamics of each society, while also discussing the different aspects that comprise patronal regimes in the region. At this presentation, four of the contributors will discuss their articles and the current situation in Central Asia.
Read more
Categories: The Policy Debate Tags: Central Asia governance patronal poitics regional relationships Russia Soviet Union
May
30
Fri
2014
Myth and Rhetoric of the Turkish Model: Changing notions of marginality in Turkey
Tickets
May 30 @ 3:00 PM – 4:30 PM 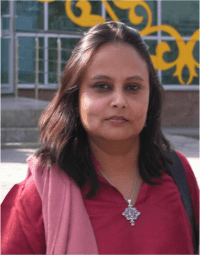 The Turkish Model or the Turkish Developmental Alternative was promoted in the Central Asian Republics immediately following the dissolution of the Soviet Union. The Model emphasised the ideal of a ”secular, democratic, liberal society”as a model for the post- Soviet Turkic world and in the process encouraged a”Turkic” rhetoric that emphasized connection between the two regions based on acommon ancestry. While Turkey was presented as ‘’the’’ model of development fora vast region there was also the emergence of a critique of this ‘’modern’’ model from within the state itself particularly in terms of how the Turkish state continued to exclude certain groups from its definition of who constitutes its “relevant’’citizen. Gezi Park and subsequent events within Turkey have brought into questionthe democratic credentials of the state. This presentation questions the myth andrhetoric of a model that emerges in the face of transitions and recedes asalternatives emerge from within.
Read more
Categories: The Policy Debate Tags: development India Soviet Union Turkey
Nov
3
Thu
2016
Michael Clarke – Beijing’s “March West”: One Belt, One Road and China’s Quest for Great Power Status @ Voesar Conference Room
Tickets
Nov 3 @ 3:30 PM – 5:00 PM 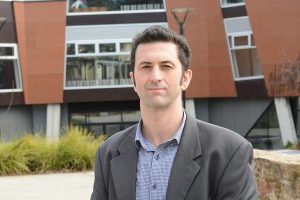 Much ink has been spilt over the past two decades debating the impact of the ‘rise’ of China on the international relations and strategic environment of Asia. Geographically, the dominant focus within these debates has been on the Asia-Pacific geopolitical space. China’s increasing material power, and consequently its growing strategic and economic footprint, has however also been felt along its extensive Eurasian continental frontier. In fact China’s Eurasian frontiers have emerged as a major factor in Beijing’s foreign policy through President Xi Jinping’sOne Belt, One Road (OBOR) strategy.
This paper argues that the OBOR is ultimately based on two core factors. First, the OBOR can in part be seen as China’s response to the “pivot” or “rebalance” to Asia under U.S. President Barack Obama and to Russia’s relative decline in Central Asia. Second, the OBOR is as much about Beijing’s domestic concerns as it is about its grand strategy priorities. Of major concern here is China’s hold on its major and often restive Eurasian frontier regions, such as Xinjiang. While the relative decline of U.S. and Russian influence in Central Asia has provided Beijing with strategic opportunities to expand its reach, the intensification of Uyghur opposition to ongoing Chinese rule since 2008 has underlined for Beijing the need to accelerate the economic development/modernization of these regions as the primary means of achieving their integration into the modern Chinese state. Geopolitics and domestic state-building imperatives are thus interwoven in Beijing’s Eurasian pivot.
Dr. Michael Clarke is Associate Professor and Graduate Convenor at the National Security College, Crawford School of Public Policy, ANU. He has written extensively on the history and politics of Xinjiang, Uyghur separatism and terrorism, and Chinese foreign policy in Central Asia in a variety of academic publications, while his journalistic writing on these topics has been published by the Wall Street Journal, CNN, The National Interest and The Diplomat. He is also the author of Xinjiang and China’s Rise in Central Asia – A History (Routledge 2011), co-editor (with Anna Hayes) of Inside Xinjiang: Space, Place and Power in China’s Muslim Far North-West (Routledge 2016), and co-editor (with Douglas Smith) of China’s Frontier Regions: Ethnicity, Economic Integration and Foreign Relations (I. B. Tauris 2016).
Please RSVP.
Read more
Categories: The Policy Debate Tags: Central Asia china obor
September 2012 – November 2016 Sep 2012 – Nov 2016
Subscribe to filtered calendar