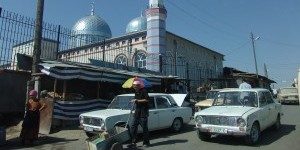 A Roundtable Discussion with

Central Asian governments have incorporated their majority religions in efforts to define post-Soviet national identities. At the same time, however, they want to control growing levels of religious affiliation, especially among Muslims, that might act as potential alternative sources to state power. These dual aims are reflected in laws and policies that seek to define the legal limits of the majority religion and also to control the public expression of all religion. Common elements of Central Asian religion laws include: religious groups must undergo complex and intrusive state registration so as to gain legal status; members of unregistered religious groups face fines, police raids and possible terms of imprisonment; official permits are required to produce, import, export and distribute religious materials which can only be sold in officially-approved sites. Governments also strictly limit religious education, children’s participation in religious activities and the public wearing of religious clothing.

Catherine Cosman will discuss Central Asian laws and policies relating to freedom of religion or belief.  Extremism laws in Central Asia, punish alleged extremist, terrorist, or revolutionary activities without also requiring acts of violence or incitement to imminent violence.  Governments use concern over Islamic extremism to justify criminal penalties against individuals who are alleged to have participated in religious organizations deemed extremist by the state.  Central Asian states usually provide scant public information on religious groups or materials banned for their alleged extremism.

Dillorom Abdulloeva will discuss Uzbekistan’s headscarf/hijab ban in schools, universities or places of employment. The law uses unclear and confusing terminology for religious attire and for what constitutes a public place. While Uzbekistan’s Committee on Religious Affairs has officially stated that there is no religious attire in Islam, courts have sentenced women for wearing the hijab in public.  Such vague laws contribute to selective legal enforcement in Uzbekistan. Furthermore, this ban is contrary to Uzbekistan’s Constitution, and also contradicts the country’s international human rights obligations.

Mirakmal Niyazmatov will discuss a 2014 Uzbekistan decree on religious materials. The State Committee for Religious Affairs will give its “expert conclusion” on “religious” materials and then a “relevant government body” will decide to allow or ban them. Under this decree, the government can inspect almost any literature produced and/or imported. Officials can also inspect any electronic device with data storage capacity.  This decree’s vague and expansive provisions can be abused by government officials and violate constitutional rights and Uzbekistan’s international human rights obligations.