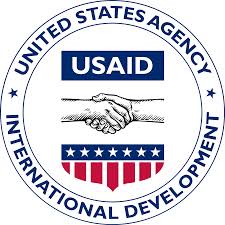 With
Dr. Eric Rudenshiold, Senior Officer in Charge of Kyrgyzstan and the Central Asian Republics at USAID
Kregg Halstead, Chief of Party of USAIDs “Kyrgyzstan Parliamentary Strengthening Program” being implemented by DAI
Moderated by
Dr. Sean Roberts, Director and Associate Professor, International Development Studies Program, The Elliott School of International Affairs, The George Washington University
In the two decades since the fall of the Soviet Union and the emergence of independent states on Russia’s periphery, USAID has led the effort to help parliaments in these countries become more effective in passing meaningful legislation, more engaged with citizens, and more independent of the executive branch. This panel will be a discussion of those efforts, with both a comparative regional overview and a more focused look at recent work with Kyrgyzstan’s Jogorku Kenesh.
Dr. Eric Rudenshiold, the Senior Officer in Charge for Kyrgyzstan and the Central Asian Republics at USAID, has been instrumental in the design and implementation of USAID’s work with legislative institutions in Central Asia, the Caucuses and elsewhere in the region, and will speak on the challenges and successes in those efforts.
Kregg Halstead is the Chief of Party of USAID’s “Kyrgyzstan Parliamentary StrengtheningProgram” being implemented by DAI, and has worked on legislative strengthening, human rights and rule of law programs in the former Soviet Union for almost 20 years.
Dr. Sean Roberts is a noted expert on issues of democracy and governance in Central Asia. Between 1998 and 2006 he spent six years in the region designing and managing USAID programs on democracy,  civil society and legislative assistance.
Read more
Categories: The Policy Debate Tags: development governance Kyrgyzstan legislation parliament rule of law Russia USAID
Sep
21
Fri
2012
Kyrgyzstan in Its Regional Context @ Room 214
Tickets
Sep 21 @ 4:00 PM – 5:15 PM 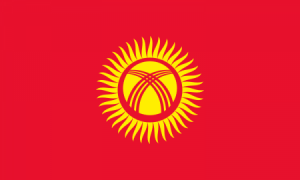 with Asylbek Jeenbekov, Speaker of the Supreme Council of Kyrgyzstan, The Jogorku Kengesh

THE EURASIA PROGRAM of the Social Science Research Council (SSRC) and the Central Asia Program at the Institute for European, Russian, and Eurasian Studies atGeorge Washington University are pleased to announce a field development workshop, to be held on the GWU campus November 1-4, 2012.

ELIGIBILITY
Applicants must be US citizens or permanent residents and currently either within five years of the completionof their dissertation, enrolled in an accredited PhD program, or enrolled in an area studies MA program.Applicants should have an identified and developed research project that relates to the theme and focus of theworkshop. Preference will be given to those developing their dissertation.
Full instructions on how to apply can be found on the program’s website: http://www.ssrc.org/programs/pages/eurasia-program/crossing-boundaries-merging-eurasian-insights-with-the-study-of-afghanistan/
Application materials should be submitted electronically to the SSRC Eurasia Program at eurasia@ssrc.org by5:00 p.m. EDT on October 1, 2012.  Travel costs, workshop meals, and accommodation for participants will becovered by the SSRC. Should you have any questions, please contact the Eurasia Program (eurasia@ssrc.org).