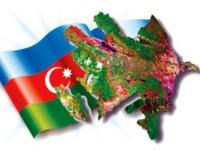 Fulbright Scholar at the Central Asia-Caucasus Institute, School of Advanced International Studies, Johns Hopkins University
Iranian religious influence in Azerbaijan has recently become a ‘hot’ topic. However, there is little insiderknowledge, or data-based analysis of the situation on the ground. Is Iran indeed capable of usingreligious activists as its fifth column in the Republic of Azerbaijan? How are Iran-backed groupsorganized and funded? What are Iran’s real threats to various Azerbaijani strategic projects?
Azerbaijan has been the subject of Iranian political interests and religious influence since the first days ofits independence. Due to the contemporary interpretations of the Shi’a principles and the way it isintertwined with the political system of post-revolutionary Iran, the relationship between the twocountries is indeed a matter of concern for Azerbaijan.
Although the Azerbaijani government has always feared Iran’s possible aspirations and capacities toinfluence its domestic affairs using the Shi’a believers as the key channel through which to exert pressure,Iranian official and semi-official organizations have been allowed to spread their version of Islamthroughout Azerbaijan. However, recent developments, public statements, “spy” and “terror” plots, massprotests, arrests in both countries, and the revival of tensions around the Iranian nuclear weaponsprogram show that the previously set lines in the relations between two countries have been crossed.Understanding the roots, forms and security implications of Iranian religious influence in Azerbaijan mayprove to be helpful in forecasting possible outcomes of this relationship.
Fuad Aliyev is a Fulbright Scholar at the Johns Hopkins University School of Advanced InternationalStudies’ Central Asia – Caucasus Institute. Dr. Aliyev has a Master of Arts degree in Political Sciencefrom the Central European University (Budapest, Hungary) and PhD in Economics from AzerbaijanState Economic University. Dr. Aliyev previously worked as Department Head at the FinancialMonitoring Service under the Central Bank of the Republic of Azerbaijan. He authored severalpublications on Islamic economics and finance, and Islamic activism in Central Asia and the Caucasus.
Read more
Categories: The Policy Debate Tags: Azerbaijan Iran religion security
Oct
10
Wed
2012
Discovering Azerbaijani Musical Traditions
Tickets
Oct 10 @ 4:00 PM – 6:00 PM 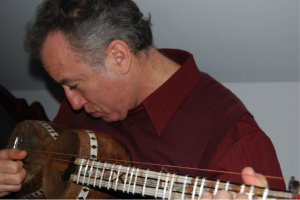 with Jeffery Werbock, Chairman of the Mugham Society of America

Jeffrey Werbock will present a program of instrumental solo improvisations based on traditional Azerbaijani mugham, played on oud – fretless wood face short neck lute; tar fretted skin face long neck lute; and kamancha- skin face spike fiddle.Mr. Werbock has been giving presentations for over three decades and has performed often at LincolnCenter, the Metropolitan Museum of Art, the American Museum of Natural History, World Music Institute,and presents lecture demonstrations at universities all over the English speaking world.  He has been awarded an honorary degree by the National Music Conservatory of Azerbaijan, in Baku, and was recently sponsored by the Ministry of Culture of Azerbaijan to perform a solo concert.