With the fall of the Soviet Union, the Uyghurs of Kazakhstan, like many others in the former USSR, began to resurrect and re-invent traditional cultural practices that had been repressed during the Soviet period as either contrary to socialist atheism or as remnants of a “feudal past.” These traditions included daily practices and rituals based in local communities as well as the informal structure of neighborhood governance that regulates such practices. Since the 1990s, the importance of these neighborhood structures and practices to Uyghur daily life in Kazakhstan have gradually increased, and most recently the informal structure of neighborhood governance has even been scaled up to create a Republic-wide organization that represents Uyghur interests to the government of Kazakhstan. This lecture will discuss the evolution of local Uyghur neighborhoods in Kazakhstan over the last twenty years, focusing on these communities’ roles in both cultural resurrection and political mobilization.

Sean R. Roberts, PhD is a professor at the Elliott school and the Director of the International Development Studies program. He is a cultural anthropologist who has done extensive fieldwork among the Uyghur people of Central Asia and China, and worked for USAID in Central Asia on democracy programs. In 1996 he produced a documentary film on the Uyghur people titled, Waiting for Uighurstan. 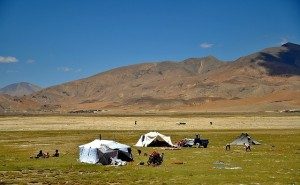 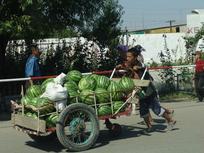 with Richard Pomfret, Professor of Economics, University of Adelaide, Australia

Kazakhstan has used energy revenues to save for the future, invest in human capital, and diversify the structure of production with the goal of becoming one of the “fifty most competitive, dynamically developing countries in the world”. Agriculture has been a key part of the diversification strategy ever since the government committed a billion dollars to the 2003-5 Agriculture and Food Program. Since then agricultural policy has passed through several phases, mirroring evolving attitudes in Kazakhstan towards the role of government and of the market in economic development. This seminar analyses the content and consequences of agricultural policy, and agriculture’s role in Kazakhstan’s economic transformation.

Richard Pomfret, Professor of Economics at the University of Adelaide, Australia, and adviser to the Australian government and to international organizations such as the World Bank, Asian Development Bank, United Nations Development Programme, and the Organisation for Economic Co-operation and Development. 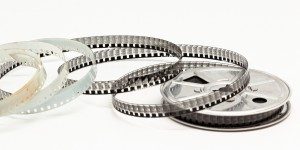 Since the fall of the Soviet Union, Kazakhstan’s film industry has experienced major changes along with the rest of a Kazakh society. Through movies, Kazakh film-makers have been able to explore the new dimensions of their society and begin to create a new cultural history. This event will be a discussion on Kazakh cinema and its role in Kazakh society as it reexamines past events and their narratives. We will then be showing Killer, Darzehan Omirbaev’s award winning film.