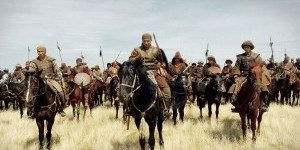 In Mongolia’s Gobi desert, a camel belonging to a group of nomadic shepherds gives birth to a white calf. It’s a rare occurrence, and the shepherds watch as the unusually-colored offspring is rejected by its mother. Without its mother’s milk, the calf will die. To save its life, the nomads send two boys (Enkhbulgan Ikhbayar, Uuganbaatar Ikhbayar) on a journey across the desert to find a musician in the village whose song may compel the camel to accept its calf. –Taken from IMDB. 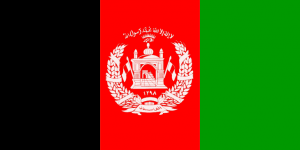 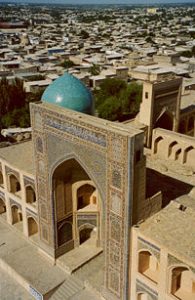 This seminar will explore state-sponsored secularism in the Eurasian continent, and how the authorities use the concept of the separation of state and religion to consolidate authoritarian policies. It looks at Russia, Central Asia and China, comparing them with the Middle-East. In the name of state secularism, Islamic communities are prohibited from interfering in politics, while the state strictly monitors religious activities, and interactions with the rest of the Ummah are looked upon with suspicion. 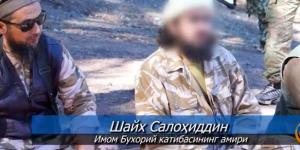 Key points:
• Perhaps surprisingly, ISIS appears to be weak in its resources for online recruit-ing in Central Asian languages, but benefits disproportionately and in some un-intended ways from this resentment because of the ubiquity of its brand. Theevidence available through social media research conducted by this projectwould support and argument that there are several hundred Uzbek militantsparticipating in ISIS, but not larger numbers recently suggested by other report-
ing and Central Asian security services.
• Central Asians who support or are interested in ISIL appear to mostly be youngmigrant laborers who have little or no background in Islam as a religion butembrace Islam as an identity that offers solidarity, a sense of belonging and anexplanation for economic hardship and discrimination that they experience.
• Much of the discourse inside especially ISIS sympathizer circles among migrantlaborers in Russia builds not on religion, but resentment – and a resentmentstoked by the uniquely toxic media environment that has developed on Russia-based social networks filled with false information.
[/vc_column_text][vc_column_text]
This discussion is off the record.
This event is co-sponsored by the Project on Middle East Political Science  (POMEPS) at the George Washington University.
[/vc_column_text][vc_button title=”Please RSVP” target=”_self” color=”btn-warning” icon=”none” size=”btn-large” href=”http://go.gwu.edu/Syria” el_class=”align-center”][/vc_column][/vc_row]
Read more
Categories: CERIA Tags: Central Asian extremism fighters Islam jihad Syria
Oct
15
Thu
2015
CESS Annual Meeting 2015 @ Elliott School of International Affairs
Tickets
Oct 15 – Oct 18 all-day
[vc_row][vc_column width=”1/1″][vc_column_text] 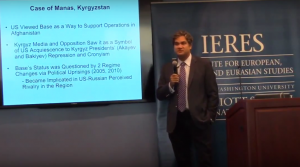 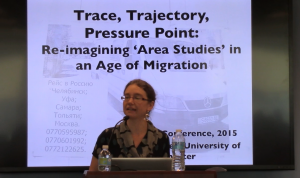