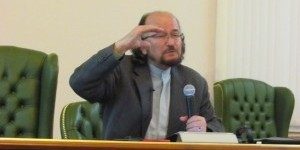 This seminar will discuss the versatility, uses and abuses of Islam as religion by the faithful and its various deployments by the political elites for establishing empires of faith, resisting colonialism, attempting to build nation-states and waging global jihad in the late 20th and early 21st centuries in Central Asia. More specifically it will focus on the consequences of nationalization and demonization of Islam by the rulers, an inadequate knowledge of Islam by its practitioners and entitlement demands by the jihadists, especially in Afghanistan.

M. Nazif Shahrani is Professor of Anthropology, Central Asian and Middle Eastern Studies at Indiana University, Bloomington and has served two terms as Chairman of the Department of Near Eastern Languages and Cultures and Director of the Middle Eastern and Islamic Studies Program at IU. Shahrani is an Afghan ­American anthropologist with extensive field research in Afghanistan, and has studied Afghan refugee communities in Pakistan & Turkey. Since 1992 he

has also conducted field research in post-­Soviet Muslim republics of Uzbekistan, Kazakhstan, and Kyrgyzstan. He is interested in the impact of Islam on social life and political culture of Muslims, problems of state­ failure the role of nationalism in social fragmentation in multi­-ethnic nation states, and the political economy of international assistance to post-colonial failing states and its consequences.[/vc_column_text][vc_button title=”Please RSVP” target=”_self” color=”btn-warning” icon=”none” size=”btn-large” href=”http://go.gwu.edu/Shahrani” el_class=”align-center”][/vc_column][/vc_row]