Domestic violence affects at least one out of five women in Tajikistan, taking a devastating toll on the lives of women and girls from all regions and backgrounds. Yet Tajik state authorities are failing to tackle this epidemic of abuse effectively by not providing adequate protection, services, or access to justice for survivors. The new, 93-page report, “‘Violence with Every Step’: Weak State Response to Domestic Violence in Tajikistan,” documents obstacles to help and justice for domestic abuse survivors. Despite laws that guarantee survivors’ rights to protection and social services, Human Rights Watch found ongoing gaps in police and judicial responses to domestic violence, including refusing to investigate complaints, failing to issue or enforce protection orders, and treating domestic violence as a minor offense.

Based on over 80 interviews, including with 55 survivors of domestic abuse, “Violence With Every Step” documents prolonged severe domestic violence, usually perpetrated by husbands or partners, including rape, strangulation, beatings with sharp and heavy objects, being suspended from the ceiling for hours, public humiliation, stabbing, and withholding food and access to the bathroom. Tajikistan adopted a law on the prevention of violence in the family in 2013 and has taken important steps to address domestic violence. But, as this report documents, significant gaps remain in the government’s response to such abuse.

GWU’s CAP invites you to a discussion with Steve Swerdlow, Senior Central Asia researcher and the author of the new report, who will discuss its findings and recommendations for the government of Tajikistan and Tajikistan’s international partners. 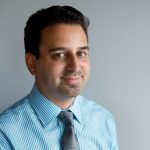 Steve Swerdlow, esq. is a Senior Central Asia researcher in the Europe and Central Asia division of Human Rights Watch. An attorney with two decades of scholarly and human rights experience researching and advocating on the post-Soviet region, Swerdlow heads Human Rights Watch’s work on Uzbekistan and Tajikistan, was the founding director of HRW’s Bishkek, Kyrgyzstan field office, and has been among the first independent human rights workers to conduct extensive fieldwork on the ground in Uzbekistan since the Uzbek government’s decision to allow human rights organizations back into the country in 2017. Swerdlow was a fellow in the U.S. State Department’s Young Leaders for Public Service program in Russia and worked earlier as a human rights monitor for the Union of Council for Soviet Jews (UCSJ) and the International Organization for Migration (IOM) in Russia. Prior to joining Human Rights Watch, Swerdlow practiced law in San Francisco at Lieff Cabraser Heimann & Bernstein, LLP, and served as a law clerk to the Honorable Judge Dean Pregerson of the United States District Court for the Central District of California. Swerdlow received his J.D. from the University of California, Berkeley (Boalt Hall) School of Law and M.A. in International Affairs from Columbia University’s School of International and Public Affairs with a certificate in Post-Soviet Studies from the Harriman Institute.