Original report in The Diplomat

Kyrgyzstan’s political and strategic value as a partner for the United States in Central Asia has waned as the transit center at Manas was closed and the U.S. combat mission ended in Afghanistan in 2014. The scrapping of a treaty with Washington almost as old as independent Kyrgyzstan itself over a diplomatic row last month surprised regional watchers to an extent and can be viewed as a low point in the bilateral relationship, but it may be more of a case of the “mouse that roared” than a death knell for U.S.-Kyrgyz relations. 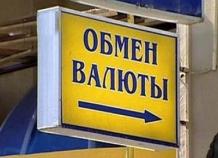 Labor Migrant Households in Uzbekistan: Remittances as a Challenge or Blessing?