On May 18, 2015 the Central Asia Program hosted a conference on the current environment in Turkmenistan entitled “Turkmenistan: Domestic Evolution, Economic Development, and Regional Environment.” The following is a summary of the event and presentations given by the panelists.

Turkmenistan is the most closed off country in Central Asia and one of the most closed in the entire world, after North Korea and pre-reform Burma. However, since the presidential turnover in December 2006, the country has been slowly and discretely evolving, both in its domestic and foreign policies. President Gurbanguly Berdymuhamedov has been gradually adjusting its foreign policy to its regional environment, trying to make the country more welcoming to international cooperation as well as inviting external actors, such as China, to engage. Authorities have also been progressively loosening the ideological pressure on their citizens: it remains high, but new modest spaces of freedom have been emerging. Alongside the Russian economic crisis, the socio-economic situation in Turkmenistan has been deteriorating throughout 2015, but the rentier state still hopes to enjoy a new rise in gas prices to help combat these difficulties. 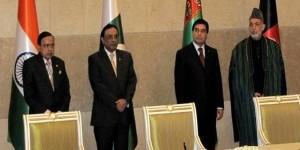