When it comes to religious affairs in Central Asia, authorities are relying on Soviet methods even as they aspire to move away from the Soviet legacy.

Religion, especially Islam, is a cultural marker that has reinforced national identity in Central Asian states since the Soviet collapse in 1991, thus helping regional leaders distance themselves from Moscow and consolidate their authority. At the same time, the ruling classes in Central Asia do not conceal their wariness of religion, tending to see faith as a competitor to state ideology. Thus, they see a need to keep religion under political control.

These committees are supposed to facilitate interaction between state institutions and the respective populations, as well as act as a bulwark against perceived fundamentalist and violent movements. They are also designed to contribute to the formation of a knowledge base on active religious movements, and cooperate with local jurists, researchers, and experts from university institutions or other specialists who examine religious topics. They likewise collaborate with governmental institutions, including representatives of the executive branches of government, interior ministry personnel and state security agents. In Kazakhstan, the pro-presidential Nur Otan party worked directly with the Religious Affairs Agency to develop a campaign to diminish the attraction of radical religious ideas among youths.

Although states in Central Asia have differing approaches, in each country religious affairs committees are key instruments of official policy, and wield an extraordinary amount of influence over not just establishing rules, but also enforcing them. The committees can prepare and submit legislation to regulate religious expression, and they also have the ability to examine possible violations of legislation, and report to governmental bodies on religious activities deemed illegal.

The desire of states to prevent violent tendencies is certainly legitimate. Yet there is a wide public perception in Central Asia that religious affairs committees act as enforcers of policies based less on a principle of supervision and orientation than on surveillance, repression, and restriction of the space for freedom of conscience. They are essentially organizations of control, censorship of religious literature, sometimes going so far as to inspect the content of religious works held at national libraries. Exacerbating this perception problem, personnel working for religious affairs committees tend to be perceived by believers as unqualified and corrupt.

Ultimately, these committees help fuel an artificial cleavage in Central Asian societies between so-called traditional movements (i.e. those present before independence that are deemed by officials as compatible with the local culture) and those termed sectarian and extremist. The committees are accused of promoting terminological confusion that causes all movements that are unrecognized and therefore unregistered by the state to be classified together. Thus, believers who attend an unregistered mosque, a Baptist group, or Jehovah’s Witnesses denounced for “overly virulent proselytism” tend to be lumped together with extremely minor movements that indeed favor radical and violent political Islamism.

The politicized nature of religious affairs committees alienates large numbers of believers in Central Asia. At the same time, by constantly meddling in matters of conscience, these institutions undermine a fundamental constitutional principle, namely the separation of state and religion.

It is unrealistic to think that Central Asian leaders who were steeped in the Communist political tradition would ever completely abandon Soviet methods. Even so, many outside observers see the religious affairs committees as an excessive intrusion into the daily lives of believers. These committees create lots of risk for stability in Central Asia: they tacitly undermine public trust in state institutions, and, in doing so, heighten the appeal of the very radical religious ideas that the committees are supposed to contain.

Sebastien Peyrouse is a research professor at George Washington University in Washington, DC. He is affiliated with the Central Asia Program at the Elliott School of International Affairs.

Call for Papers on the History of Linguistics from Ivané Javakhishvili Tbilisi State University, Georgia 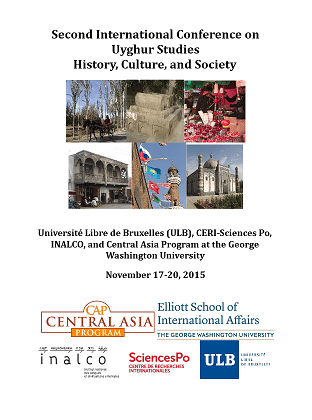