Washington has long sought to gain Moscow’s cooperation in increasing international pressure on Tehran over its nuclear program. Given the many differences between Moscow and Tehran, which the two seem incapable of resolving, Washington may have been encouraged to think that obtaining Russian support was possible. Indeed, Russian-Iranian differences span a whole range of issues, which includes the delimitation of the Caspian Sea, Iranian unhappiness with the constant delays in Russia’s “help” on the Bushehr nuclear reactor project, petroleum issues, contract terms regarding Iranian purchases of arms and other items from Russia, Moscow’s close ties to Israel, and how to resolve the Iranian nuclear crisis. In addition to these specific policy differences, the leaders and the press of both countries frequently display mistrust and even contempt for the other. 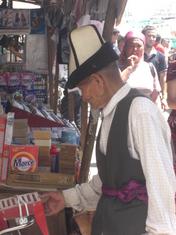