Both the structure of the planned Eurasian Economic Union and Moscow’s hardball tactics to persuade neighboring states to join suggest motivations beyond a simple desire to lower trade barriers.

Russia’s leaders seek to maintain influence across at least a significant swathe of the former Soviet Union, while limiting opportunities for outside powers to overtake Russia as the principal actor in the region.

Whether Russia can pivot to a more cooperative vision of Eurasia, stripped of the ideological pretensions and post-colonial resentment that remain too prevalent in Russian discourse of integration, is in some ways the biggest question facing Russian foreign policy in the decade to come. 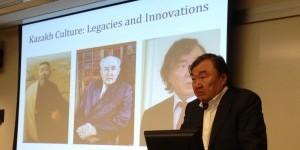 Kazakh Culture in the 20th and 21st centuries: Legacies and Innovations