Although the world media largely ignored, December 21, 2014 witnessed the 5th post-Constitutional Parliamentary and City Councils elections (Oliy Majlis and Kengashs – 3rd after Parliamentary reform in 2004 establishing two legislative chambers) were commended by more than 300 international observers from 50 countries and international organizations such as OSCE/ODIHR, SCO, OIC, Association of World Election bodies (AWEB) and CIS. According to the Central Election Commission (CEC), 88.51 percent of the 18.4 million eligible voters from Uzbekistan’s nearly 31 million people exercised their right to vote at 9035 polling stations nationwide and 44 at the Uzbekistan diplomatic missions overseas. CEC as an independent Constitutional body encouraged the candidates of the regionally diverse parties to contest. The opposition parties Erk, Birlik and Ozod Dekhqon largely based overseas failed to seek the required 30,000 public signatures under CEC rules (Article 2.3) to claim an electoral base did not contest. At least in 22 electoral districts, no candidate was able to secure minimally required number of votes, where bye-elections were held on January 4th subsequently.

According to final results, none of the popular yet regionally oriented political parties secured overwhelming majority. The Liberal Democratic Party won only 52 seats, the Democratic Party of Uzbekistan 36, the Peoples Democratic Party 27, with only 20 seats for the Social Democratic Party, indicating a possible regional compromise for a coalition government. Additionally, the Ecological Movement of Uzbekistan gained 15 seats. Of the 150 elected members nearly 30 percent are women, while 20 members will be nominated for professional seats.

For the first time in the history of Uzbekistan, OSCE/ODIHR acknowledged the most effective electoral conduct. Criticism was limited to the lack of public debates and list of overseas voters. Debates in Uzbekistan’s Mahallah oriented sociopolitical culture often are held at the local pre-election level, hardly noticeable by observers. However, all candidates were provided an equal time to represent their respective viewpoints on national television. CEC efforts were applauded by all international observers, which over the years have accumulated enormous experience in electoral management with consultation and often debates with the OSCE missions. The significance and roots of these exchanges originates enough in the aftermath of the Presidential Elections of December 2006 leading towards a new understanding of electoral behavior. Consequently, the OSCE/ODIHR Tashkent office refrained from issuing any official statement about the conduct of Parliamentary Elections held in December 2009. Praise for the recent Parliamentary Elections by OSCE/ODIHR thus positively reflects upon this gradually developed understanding, just as an appreciation of the role played by CEC in the electoral processes.

Implications: The recently held elections are of utmost importance at least for four reasons. Firstly, that these will be followed by Presidential Elections on March 29, 2015, secondly, that President Islam Karimov of Uzbekistan will be further decentralizing Presidential powers transferring to the Parliament and Prime Minister’s office, thirdly that the gradual and unison economic, political, and social reform in Uzbekistan complementing the country’s GDP and economic growth constantly ranging between 7-8 percent, per IMF observations, and fourthly increasing number of voters in every Parliamentary every election reflects increase in broad national voter enthusiasm.

Moreover, OSCE acknowledgement in fact is the recognition of the Uzbek mode of economic and political transformation deriving from the gradual policy processes that the Uzbek model advocates. Ever since the Parliamentary Elections of 2004 when the Parliament was restructured in the upper and lower Legislative Houses (Parliament and Senate), gradual constitutional developments and legislative reforms enacted by the Parliament, Uzbekistan has achieved several long term goals within short-to mid term levels simultaneously supported by the economic growth rate. Although Western media has often ignored reporting such constitutional reforms that were introduced and adapted thorough consultations with Western specialists, the country has progressed considerably in democracy and human rights spheres. Currently, Uzbekistan has some 2700 local civil society organizations operating at all societal level, which remain unrecognized, just because most are locally funded. A constant observer of constitutional developments in Uzbekistan, this scribe remembers the processes of almost every new amendment enacted and implemented on par with the constitutional standards of the West, yet Uzbekistan and her transition processes remain stereotyped by media forgetting that approximately a generation or two are needed before the newly introduced laws become norms in any given society.

Furthermore, timing of the Parliamentary Elections remains very important in the context of the forthcoming Presidential Elections as most media has already started speculating, Contrary to world media projections about the age and health of Karimov, his Liberal Democratic Party has already nominated him as Presidential candidate. Recent election results demonstrate that the people of Uzbekistan are more interested in regional political balance and national stability matching with the concurrent levels of national economic growth by global standards.

——-
Recent Uzbekistan Parliamentary Elections were successfully effective and fair in terms of political development together with a mid-level consensual compromise between OSCE mission as a political watchdog, the Uzbek model and the political culture of Uzbekistan. Perceptual differences between the nature and notions of civil society and states about the models of development will always remain, but unlike the past elections, this time a post-election controversy between CEC and OSCE has been avoided. This augurs well for the future relationships between Uzbekistan, EU and the world. By the way, the first session of the newly elected Parliament was held January 12. The United States has already announced to donate some military vehicles to the Uzbek government to protect against terrorism. 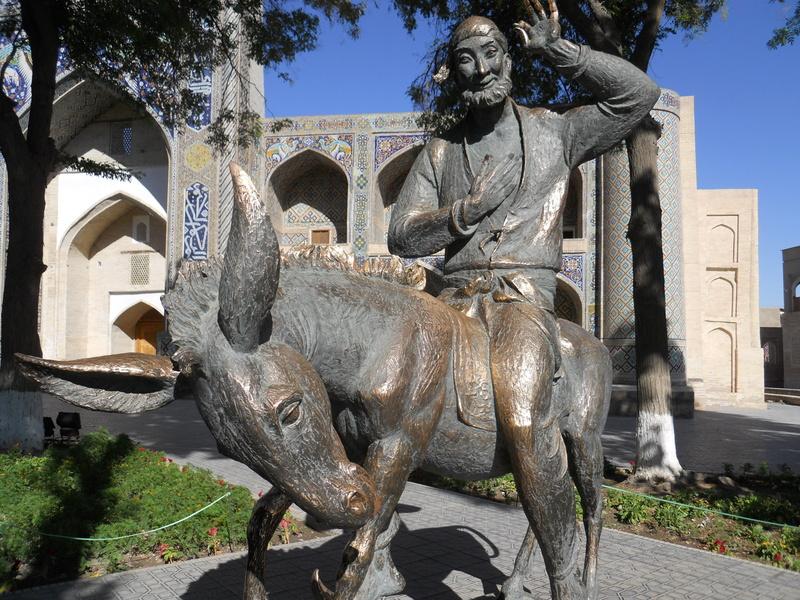 Navro’z and the Renewal of Uzbek National Culture