There exist the Pamir Mountains and Karakum Desert in the south and the Altay Mountains in the north of East Turkistan constituting the east area of Turkistan which means the land where Turkish live. East Turkistan had been founded in the Middle Asia and become the centre of Turkish states and khanates through its long history. This Turkish homeland, which became a centre of The Scythians between 8 and 3rd centuries B.C., Huns between 300 B.C. and 93 A.C., Gokturk Empire between 522 and 744, Uyghur Empire between 744 and 840, The Karakhanid Empire between 751 and 870, is shaping an important place in Turkish history. There was a period of peace when very important cultural and political cooperation with China took place. But, this period of peace ended in 1759 by the occupation of China-Manchu Empire over East Turkistan. There had been more than 200 commotions in East Turkistan declaring its independence in 1863 and the people of East Turkistan gained independence three times.

According to the dispersion of the ethnic groups in the autonomous region, ten different selfgoverning regions were founded on August 8, 1952. Although Xingjian (Uyghur) region is one of them, its government rights are being violated by Beijing government. The political, economical and military arbitraments of the ethnic factors charged in the autonomous administrative bodies are under the control of the Communist Party of China. However, the autonomous management is a partial independent management not considering the demands of the central management but the needs and demands of the people in the region. However, there is not so much similarity between the demonstration method in East Turkistan and the definition taking place in the political literature of the autonomous management. Another indicator of that the autonomous management remained the nominal is that the citizens of this government haven’t the freedom of travelling inside their own land. Though the 5th article of the contract of United Nations Social and Cultural Rights, it limited the freedom of travelling in East Turkistan. Moreover, it was asked the immigration from the rural area to the city to be blocked. So, 90% of the population lives in the rural area. It was imposed restrictions to the foreign travels of East Turkistani citizens. It is banned for Muslims here to perform the pilgrimage. In 1999, as 1200 Uyghur people were about to go the pilgrimage to Mecca, their passports were commandeered by China police and 122 people objecting were arrested.

50% of people speak in Turkish in Xingjian Uyghur Autonomous Region. Arabic alphabet which had been used for 1000 years was banned by Chinese government, instead of that; Latin alphabet prepared according to Chinese phonetics was accepted. Cyrillic alphabet prepared in 1980’s by Uyghur intellectuals was rejected by Beijing government. The ratio of the ignorant people is nearly 60%. Only 16% of the publications are in Uyghur Turkish. It was banned the information about the history, culture and ethnic past to be given distinctly from the legal interpretation.

It is not hard for someone possessing the knowledge of general geography to understand why China is insisting about East Turkistan. As it is known, there are two vital handicaps as geographical for China to communicate with the West: The first one is Taklamakan desert which is 1000 km and the second is the Great Wall of China covering all China along. East Turkistan is the only land of China which is beyond the desert and wall and so it is like a window opening to the West of China. It makes East Turkistan indispensable for China because of the geographic location’s effect over the politics and that regions advantageous geographically are also advantageous strategically. These lands constituting the west point were used as buffer region against the threat of the Soviets by China within the period of the Cold War. Therefore, each kind of step made by China for the lands in question pertains directly to the safety and stability of both the countries in the region and itself. Although Russia’s present location isn’t forming a serious danger for China, China is keeping the troops belonging to the army forces known as ‘People’s Liberation Army’ (PLA) in the region and protecting a big portion of the nuclear missiles here. Of course, another reason for PLA troops to carry on their presences in East Turkistan is to be able to hold Muslim people under control as required.

But, it is impossible to express China’s interest to East Turkistan only with geo-strategic worries. This region is, at the same time, regarded as Kuwait of 21st century and is one of China’s most important raw material sources. East Turkistan is a country possessing countless underground and surface wealth and strategic raw materials such as oil, wolfram, gold, copper and uranium. 118% of the 148 available mines are being emerged in East Turkistan. Besides, the natural route of any pipeline which will come from the Middle East Turk States and is vital for Chinese industry will become East Turkistan. The most assured way of being healthy and reliable for China is that East Turkistan is under its own control.

Because of the fact that almost all of work areas are in the hand of Chinese, Muslim people are struggling with the unemployment problem. Though this situation, Chinese transfers from the west of China are continuously being performed for them to work in these regions. So, while the population balance is starting to go bad in China’s favour, the economy of East Turkistan is being held under control. The numbers in these subjects can attract attention in terms of that China shows its harsh policy. The big majority of employees in industry organizations is constituted by Chinese people settled to the region. China’s efforts for its population in East Turkistan to increase have gained speed since 90’s. Chinese government is bringing various economic investments forward so as to be able to seat this increase on a reasonable floor and mostly is developing special projects for this. For example, Trend, the magazine being published in Hong Kong, published a secret document in October 1992 issue which was showing that China was planning to settle 5 million Chinese people to East Turkistan in 2000. Moreover, this number doesn’t include the qualified Chinese workers and the staff of People’s Liberation Army being accepted in East Turkistan continuously.

Although China has been objected by so many international organizations since 1961, it is implementing its various nuclear tests in Lap-Nor region of East Turkistan. These tests are causing violation of the ecologic balance, the nature of the region to be destroyed and human life to be risked because of the poisonous wastes mixing with water. Because of these tests, so many human lost their life and the ratio of the birth of disabled babies increased. The official number of the victims of nuclear tests in East Turkistan wasn’t brought out entirely and moreover it is supposed that nearly 210 thousand people lost their life because of radioactive waste. As it is known, the radioactive wastes also cause cancer and it was recorded that there was increase in the number of the people who were ill with cancer of ten percent. On the report prepared by regarding the records of Urumchi People Hospital in 1993, so many people contracted the cancer in 1970’s while a few people contracted the fatal cancer. This region where cancer and the other illnesses arising because of radioactive wastes were widespread wasn’t assisted with medicine.

One of the most important parts of ‘Great Advance’ which Mao started after the communism had come to power is investments made to the regions such as East Turkistan where there were ethnic differences. In the framework of these advances, Xingjian Production and Construction Corps known as Bintuan was established to develop and advance East Turkistan in the abstract. So, Chinese from around the country were brought to the region and they started to work in the working camps. When the works of military troops formed to quash the Muslims riots against Chinese government decreased, the association formed for them to support agricultural development projects was abolished in 1975. Bintuan was founded again with the name of ‘10th Production Unit’ in 1981 and it still works actively. Contrary to what is seen, Bintuan has different responsibilities. Managing the internment camp known as Logai, taking Chinese criminals to East Turkistan which is a new residential area are some of them.

The main aim of Bintuan is to be able to colonize East Turkistan. Bintuan was established on a line which separated the south and the north of East Turkistan. It is independent from Uyghur Autonomous Government and it has its own security forces, law courts, agricultural and industrial investments. Beside these, working camps and jails covering a big area are also under control of Bintuan. What the more interesting is that these so-called production associations which are against each kind of human rights have been financed by the World Bank. So, China brought out some programmes called ‘Advance Project’ and these programmes were also supported by the World Bank. According to this, it was going to found various working areas so as to help East Turkistan region to develop and thanks to these areas, the economical improvement of the region was going to be supplied. But, the project wasn’t implemented this way because these areas were working camps founded to punish Chinese criminals and especially Muslims. Derived income wasn’t contributing to the region but Chinese economy. As you see, it was the real face of Advance Project supported by the World Bank. It is guessed that the lands of Buntuan will expand treble more in the following years because an independent Chinese state is being founded on the lands of East Turkistan. Bintuan has always been seen as one of the fundamental factors in East Turkistan by China.

Foreign policy of any country should be entirely established on the base of saving the national benefits of that country. Briefly, the measure of the foreign policy is self-advantages. Although China is not a global power now, it is truth that it is regional power. China is, now, the sixth economic power country, and constant member of Shanghai Cooperation Organisation and United Nations Security Council. In this context, Turkey possessing the most important geo-strategic location linking the west and the east should develop its relations with China. The biggest touching point in the relations with China should certainly be East Turkistan. From this aspect, Turkey should care East Turkistan and regard East Turkistan as a bridge for two countries. In this situation, Turkey should establish a policy about China and East Turkistan in a way not to threat the territorial integrity of China. 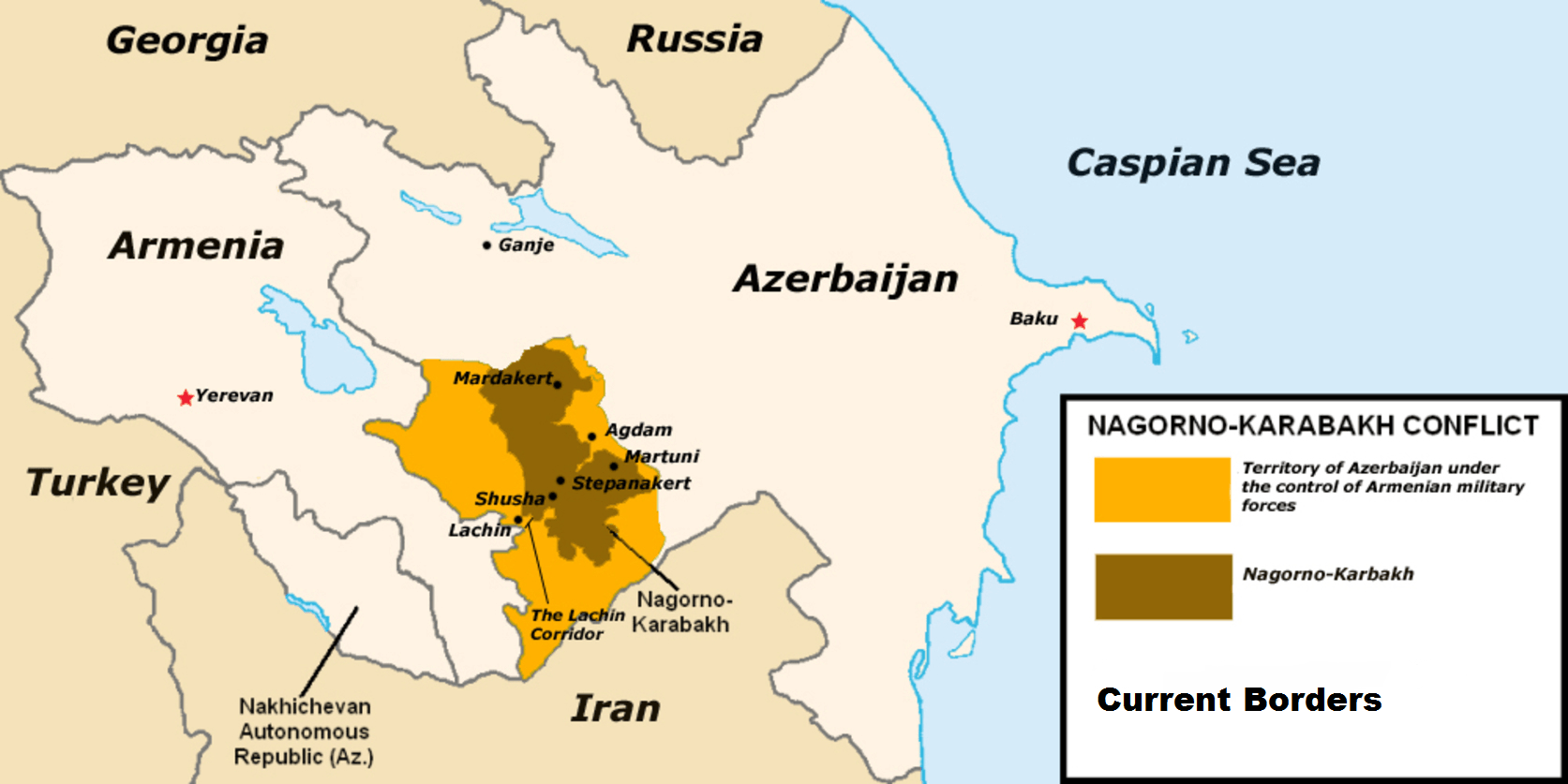 Assessing the Impact of NGO Peacebuilding Programs in the South Caucasus: The Case of Nagorno-Karabakh