HORGOS, China — Except for men with long beards and women wearing veils or jewelry with a crescent moon motif, just about anyone can enter Chinese territory — at least a few miles of it — across a frontier marked only by two thin stripes of paint daubed across the road.

The stripes — one red, one light blue — demarcate the border between China’s restive region of Xinjiang in the far west of the country and Kazakhstan, a Central Asian neighbor.

There are no Chinese visa checks, no officious border guards or customs officials, only a detachment of the People’s Armed Police, a paramilitary force entrusted with watching out for Islamic-looking dress near the stripes on the road.

The visa-free border area is the result of an agreement between China and Kazakhstan that in 2012 established a special economic development zone covering three square miles and comprising territory from both countries. China has set up many special zones over the years, but they are all firmly within its borders and open only to Chinese and foreigners with Chinese visas.

“This is one of a kind,” said Alexey A. Ivanov, the vice president of the Kazakh side of the zone, which is fenced off from the rest of Kazakhstan and effectively operates as a separate ministate, governed by managers appointed by Kazakhstan’s state railway corporation.

The unusually relaxed border at what the Chinese call Horgos and the Kazakhs Khorgos is all the more remarkable because it marks the entrance to a tense Chinese region that has been struggling for decades to contain a low-grade but persistent insurgency by militants from a minority Chinese Muslim ethnic group, the Uighurs.

Posters written in Russian, a language most Kazakhs can understand, make clear that the area is not entirely at peace. They offer a “friendly” warning that bushy beards and Islamic clothing are not welcome in China and include photos of prohibited dress and jewelry. An American diplomat with a hipster-style beard who tried to visit recently got stopped by the People’s Armed Police and was let in only after Mr. Ivanov convinced the Chinese that he was not a potential terrorist.

A New York Times correspondent with a short beard had no trouble walking across the stripes in the road into China, despite a long history of difficulty obtaining a Chinese visa.

The atmosphere is more bizarre than menacing, and none of the people questioned on either side of the border expressed any worries about safety. Shao Yuqun, a Chinese construction worker laboring in the snow, said he was far more anxious about frostbite than Islamist terrorism. Like many Han Chinese living in Xinjiang but originally from the other side of the country, he said he had migrated west because he could earn more than at home.

The border-straddling zone, known as the International Center for Boundary Cooperation and located just a few miles from a new Kazakh railway hub for freight trains from China, was meant to become an island of trade-driven prosperity that would showcase Kazakh-Chinese cooperation and help enrich both countries’ impoverished border areas.

Instead, it has become a study in the wide economic gulf that has opened up between a booming China, which used to look up to the Soviet Union as its “big brother,” and struggling former Soviet lands.

Compared with most other former Soviet republics, Kazakhstan is faring reasonably well, its economy driven by a highly educated population and large reserves of oil and other natural resources. Ruled by Nursultan A. Nazarbayev for its 26 years of independence, the country has avoided the violent strife that has cursed other former Soviet lands in Central Asia. It is deeply corrupt and hardly a thriving democracy, but it is far less intrusively authoritarian than China.

Kazakhstan, which takes pride in its ability, unlike Russia, to deliver results, has big plans for its side of the economic development zone with China, including a racetrack, a local version of Disneyland to be called Happyland, luxury hotels and dozens of entertainment, shopping and conference centers. It also has plans for an airport.

So far, however, these exist only in miniature form on a big tabletop model that Mr. Ivanov shows off to visitors. “Everything is ready to go,” he said in an interview, noting that Kazakhstan’s futuristic new capital city, Astana, had its beginnings just over two decades ago as no more than an architect’s model.

The Chinese side, meanwhile, is already studded with real buildings, including four big shopping malls flashing neon signs and full of stalls papered with pleas for business in mangled Russian. It had a head start, in that the Chinese portion of the joint zone is connected to an existing city and thus did not need much extra work to get electricity, water and other basic services.

The Kazakh side, in contrast, had to be built from scratch, and it shows: The place is a barren, snow-covered wasteland with only a single duty-free shop and a few barely started building sites. Its main attraction for Chinese visitors is a stretch Cadillac limousine offering tours of the desolate landscape.

Around two million Chinese enter the zone each year, far more than the number of Kazakhs, but they mostly stay on the Chinese side. Traffic across the barely marked border, at least in winter, flows almost entirely one way. Only a trickle of Chinese pass into Kazakhstan as throngs of Kazakhs pour in the other direction to shop for clothing, toys and electronic goods, many of them counterfeit, in Chinese shops.

“It is not Hong Kong or Shanghai, but it is a great chance for us to see what China is like,” said Aidos Sarym, a Kazakh political analyst who has visited. The experience, he added, will help calm a widespread fear felt by many Kazakhs of China and its people.

While there is not much to see yet on the Kazakh side other than snow, Mr. Ivanov, the deputy director, thinks his desolate domain can still attract waves of Chinese tourists in the future. “Eighty percent of Chinese don’t have passports, and this is the only chance they have to visit a foreign country,” he said.

azakhs who cross the border into Horgos are greeted by a giant screen displaying Chinese political slogans that sing the praises of President Xi Jinping of China and his recent 19th Communist Party congress. But all are written in Chinese, so virtually nobody from Kazakhstan has a clue to the exultant message.

Before entering the fenced-off special zone, visitors from Kazakhstan have to pass through Kazakh border controls, while those from China pass through Chinese checkpoints at the edge of the Chinese area. Each country trusts the other not to let in anyone who might cause trouble in the visa-free area.

On visitors’ way out, Kazakh customs officials are supposed to check that they are not carrying more than 50 kilograms, or 110 pounds, of goods from China. The weight restriction was imposed at the insistence of the Russia-dominated Eurasian Economic Union, a customs union of which Kazakhstan is a founding member. Russia worries that goods entering Kazakhstan duty free via the special trade zone will end up flooding Russian markets.

Kazakhstan restricts each person to one shopping trip a month, but rampant corruption has made the checks sporadic at best. A long list of Kazakh officials, including police and customs officers, have been arrested over the years for running rackets that help people dodge customs duties.

The former director of the Kazakh part of the zone, Vasily Ni, was dismissed after being accused of taking a $1 million bribe. The charges against him were later dropped, to widespread public dismay, as he had been caught on camera taking the money.

The Chinese side, too, has been dogged by suspicions of financial shenanigans amid worries that the special development zone, which offers tax breaks to businesses that register there, is becoming a haven for Chinese companies eager to dodge taxes.

Officials on both sides, however, insist the whole project is a triumph, with China pitching it as “the door to Central Asia and a flourishing success.” 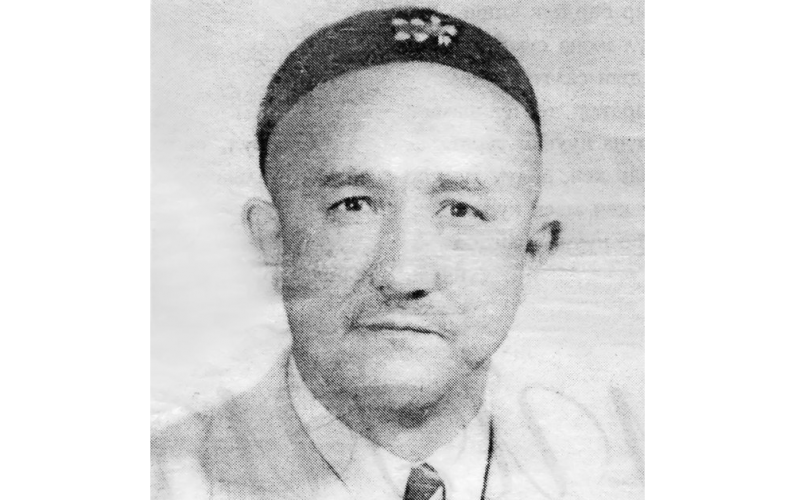