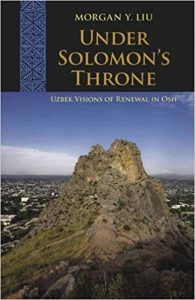 In its 2014 inaugural issue, Central Asian Affairs featured a roundtable discussion of Morgan Y. Liu’s Under Solomon’s Throne: Uzbek Visions of Renewal in Osh. Respondents included Adrienne L. Edgar from UC Santa Barbara, Judith Beyer from the Max Planck Institute for Social Anthropology, and Alisher Khamidov from Newcastle University in the UK, as well as author Morgan Y. Liu, Associate Professor in Anthropology and Near Eastern Languages and Cultures at The Ohio State University. Under Solomon’s Throne won the Central Eurasian Studies Society’s Book Award in Social Sciences in 2014.

Liu’s work, based on ethnographic research undertaken from 1993 to 2011, explores how ethnic Uzbeks in the city of Osh, Kyrgyzstan understand political authority and political belonging amid post-Soviet transformations. Adrienne L. Edgar explains that Liu blends anthropology and history, grounding Osh residents in the policies of Soviet national delimitation in 1924–25. Liu writes, “Multiple pasts are always somehow present in how people understand their current situations, imagine their possibilities, and make claims for their futures” (p. 17).

Liu’s work stretches questions and answers concerning recurrent themes in Central Eurasian studies, such as ethnicity, identity, citizenship, belonging, community, and nationality. As Beyer writes, “It encourages us to rethink sociological categories … thereby contributing to broader debates in the social sciences, and to topics that are and will remain crucial in order to understand post-Soviet Central Asia.” One topic that remains crucial in post-Soviet Central Asia, and in Eurasia more broadly, is that of diaspora. Here Liu’s book provides critical insight into how ethnic minorities within the post-Soviet nation-state often view themselves. Alisher Khamidov notes, “The book makes it clear that the Uzbeks do not see themselves as a minority or members of a diaspora as such (in some areas of South Kyrgyzstan, they make up a majority of the population)” (p. 11).

Liu draws distinctions between ethnic Uzbeks and Kyrgyz, explaining that while Kyrgyz in Osh adapted well to the Soviet lifestyle, Uzbeks remained situated within mahalla communities and thus more insular and inward looking. He presents Uzbek conceptualizations of mahalla not as a geographic space but as a discourse, “a site for the formation of good persons” and “about what Uzbek collective existence ought to look like” (p. 106). Khamidov highlights the importance of Liu’s exploration of the Uzbek conceptualization of mahalla, juxtaposed against Western writing on the topic: “In Western narratives, mahallas are often projected as bulwarks of civil society and democratic governance. As the author shows, the reality is much more complex. Mahallas can be the space of ‘communal harmony,’ but they can also act as agents of social repression and conformity.”

Liu’s exploration of local vernacular underpins his research. Judith Beyer notes that a strength of Liu’s work is his linguistic proficiencies, which allowed him to access and explore Uzbek identity with intimate proximity, thus providing unique “narratives of authenticity.” Liu himself explains that one aim of his work is “to show how long-term vernacular-language field research can contribute by speaking uniquely to our knowledge of the big questions of the region.”  The importance of this exploration should not be underestimated, not only because there is limited scholarship on Eurasia on the topic of vernacular and Liu’s work invites more scholarship in this arena, but also because vernacular is at the heart of the expression of political understanding by both Kyrgyz and Uzbeks in Osh. Among Uzbeks, President Islam Karimov of Uzbekistan is viewed as a “khan,” the term drawn from the vernacular of communal historical memory, identifying Karimov as a benevolent despot. However, Khamidov contends, “In his discussion of the idioms used by the Osh Uzbeks, Liu admits various events have the capacity to impact people’s perceptions and their coping strategies (for example, Liu claims that the Andijan events in 2005 undermined President Karimov’s image as a benevolent ruler).”

Liu’s research leaves an invitation open to researchers to grapple with several questions: How did the events of Andijan in 2005 undermine the confidence of Osh Uzbeks in Karimov as a khan? Did the events at Andijan reconfigure an Uzbek sense of belonging to the Kyrgyz state and community? How did the June 2010 ethnic violence between Uzbeks and Kyrgyz change the Uzbek idioms and coping strategies? How do these events and ongoing ethnic tensions in Osh shape the conceptualization and position of mahalla within the communal imaginary of Uzbek social and political life? Finally, Liu posits, “The big question for Osh after 2010 is, can the city’s Uzbeks ever simply become citizens of Kyrgyzstan, or will they forever fail to fully belong as an ethnic ‘other’?”  In answer to this question, Liu notes that the younger generation of Uzbeks in Osh speak fluent Kyrgyz and experience a different market and political environment than earlier generations. However, he summarizes, “As long as their social capital and worldview are deeply rooted in the mahalla, true civic integration will not happen.” 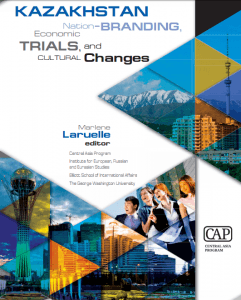 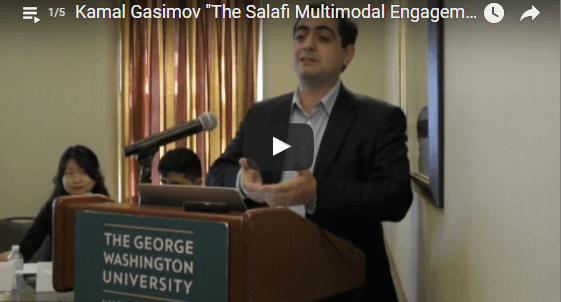 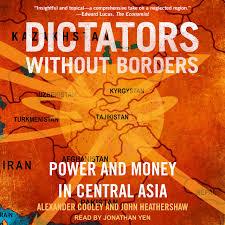