Is external security sector assistance (SSA) helping Central Asian states respond to threats of drug trafficking, organized crime, and instability? As policymakers recognize the multiple and complex ways in which these transnational security threats intersect in Central Asia, they have directed a steady flow of resources toward enhancing the security capabilities of the region’s weak states. Over the past two decades, the United States, Russia, European Union members, and other countries have provided substantial security sector aid to the region, including funding various infrastructure projects, conducting joint exercises and training programs, and selling or donating arms and equipment. There has been inadequate attention, however, to whether or not the states in the region (Kazakhstan, Kyrgyzstan, Tajikistan, Turkmenistan, and Uzbekistan) have, in fact, strengthened their security capacities.

There has been inadequate attention, however, to whether or not the states in the region (Kazakhstan, Kyrgyzstan, Tajikistan, Turkmenistan, and Uzbekistan) have, in fact, strengthened their security capacities.

Based on a series of expert interviews, I examine the changing security apparatuses in Kyrgyzstan and Tajikistan and their implication for SSA. Both Central Asian states are on the front lines in combating these threats and both have received considerable security assistance from abroad. However, their trajectories are markedly different. Kyrgyzstan’s underfunded security apparatus and internally divided political elite have weakened its security institutions and exacerbated several short-term risk factors (such as ethnic tensions and the diffusion of arms to non-state actors). Yet the country’s early political liberalization has left it more receptive to integrating oversight and accountability into SSA programs, which promise long-term security development. Tajikistan, by contrast, has rapidly enhanced its security capabilities, leveraging SSA and domestic investment in security and law enforcement agencies to considerable effect. Yet these short-term gains harbor emerging risks over the long run, including the erosion of governance and the accountability necessary to rein in security agencies; widespread abuses of authority; and moral hazard problems (in which security actors forgo actions against particular threats in order to encourage continued investment in their agencies). While these mixed results affirm the continued need for SSA, they also highlight the short-term and long-term trade-offs in developing Central Asia’s security institutions.

Kyrgyzstan continues to be characterized by intra-elite divisions and state paralysis; it has twice seen its national government overwhelmed by elite-led protests (2005 and 2010). Having initiated political liberalization in the early 1990s, Kyrgyzstan’s political elite in parliament and in the presidential administration remain fraught with regional, local, and clan divisions. These internal divisions, coupled with a weak and underfunded infrastructure, have gradually eroded the state’s capacity. A fundamental challenge to Kyrgyzstan is the extensive drug trade and the rise of organized criminal activity centered on it. Most of the drugs trafficked from northern Tajikistan into Kyrgyzstan go through its southern regions, namely Batken, Osh, and Jalalabad Provinces. The various transit routes converge in Osh city, which remains a nexus of drugs, organized crime, and (at times) instability.

The gradual erosion of state capacity in Kyrgyzstan has especially undermined its response to the drug trafficking, crime, and instability in its southern regions. Interviews indicate that the largest decline in capacity occurred between 2005 and 2010 during the leadership of Kurmanbek Bakiev, and efforts to counter this downward trend have remained marginal. Under Bakiev, there were reportedly 31 different criminal groups (each relatively small, between 5 and 15 members) in the country, many of them operating under the patronage and protection of their own regional and local elites. During and immediately after the periods of upheaval in 2005 and 2010, moreover, these criminal groups were able to operate without seeking political protection from weakened law enforcement authorities. It was the post-2010 government’s concern about the political clout of these groups – reaching into parliament and the presidency – that spurred it to crack down on them. Compared to other Central Asian republics, Kyrgyzstan may be less permeated by corruption and more open to influence from free media and civil society watchdogs, but it is weaker in its strategic and operational capacity.

Moreover, a strong ethnic component to security dynamics has emerged in the south since the 2010 violence. As widely reported, security agencies regularly discriminate against ethnic Uzbeks (even though they are citizens of Kyrgyzstan) by targeting them for searches and entering their homes without justification. It is claimed that these policing strategies are carried out in order to preserve security, but they are often a means by which security offices extort bribes. Since these searches and abuses tend to target Uzbeks, several NGO reports have documented the rise of considerable anger and distrust between the latter and these provinces’ security and law enforcement officials. This situation is worsened by the makeup of these offices, whose positions are largely held by Kyrgyz. This is especially true in Osh city, where roughly 45 percent of the city’s population is Uzbek yet few staff its security agencies, police force, or political offices.

Kyrgyzstan possesses the potential to improve its capacity to address the nexus over the long term, for several reasons. First, enhanced security sector capabilities may undermine governance (by creating/reinforcing dependence on “praetorian guards,” by increasing rent-seeking behavior, and by fostering lack of accountability). There is little evidence of this trend in Kyrgyzstan’s fledgling democracy, which leaves its security apparatus poised to enact tighter security measures with less risk of extensive corruption or abuses of authority. Additionally, moral hazard problems may arise (in which security actors forgo actions against particular threats in order to encourage continued investment in their agencies). While it remains a potential problem in Kyrgyzstan, we find this risk to have little visible effect at present. However, since security agencies have remained centered on a quota system of arrests, drug seizures and tracking criminal activity, moral hazard effects are likely to emerge as external security sector assistance increases.

There are, moreover, several short-term risks. First, enhanced security has inadvertently exacerbated regional and ethnic tensions (by promoting one group at the expense of another and by generating rumors, misconceptions, conspiracies). As Kyrgyzstan demonstrates, ethnic tensions, weak state apparatuses, and abuses of authority can interact to cause unexpected diffusions of arms, persons, and expertise to non-state actors (through corruption, illicit sales of arms, and defections) and inadvertently lead targeted populations – religious activists and ethnic minorities – to become further marginalized, This has exacerbated elements of the terrorism–trafficking nexus, heightening existing obstacles and introducing new ones to security in the short run.

This assessment suggests that external security sector assistance from states and international organizations should: (1) incrementally increase technical and institutional support for developing Kyrgyzstan’s security infrastructure; (2) make that support contingent upon measures that reduce ethnic tensions in its southern regions (i.e., incorporate groups into local security and government offices proportional to their size in the population, end abuses targeting minorities, and focus on drug trafficking hubs); and (3) remain vigilant of emerging moral hazard problems.

Tajikistan remains burdened by the residual effects of state failure and a destructive civil war (1992–1997), a 900-mile border with Afghanistan (the world’s largest opiates producer, which harbors fragments of Al Qaeda, Taliban, and ISIS), and a weak central government that still struggles to exercise full control over its regions. Over the past 20 years, however, Tajikistan’s security apparatus has markedly changed. On the one hand, it has received substantial domestic and foreign investment, especially along its border with Afghanistan. This has brought advancements in security capabilities in certain areas (e.g., CCTV monitoring throughout parts of Dushanbe, forensic resources, border infrastructure, and technical resources of special forces), but these advancements have had mixed effects. The increased technical and human capabilities have improved Tajikistan’s overall security (e.g., a more professionalized policing, lower crime rates, and a greater sense of security among the public), kept up monitoring and surveillance of religious activity, and reduced insurgent/terrorist attacks in the country. In particular, there has been a significant decline in the number of terrorist attacks and episodes of instability.

On the other hand, Tajikistan’s security apparatus has been shaped by an increasingly closed political environment and by an authoritarian state that has become less willing to address corruption and the lack of accountability exercised over security and law enforcement agencies. Advancing Tajikistan’s security capabilities has thus brought several unintended consequences. It has, for instance, enabled the government to consolidate drug trafficking under its control, but it has also fostered a highly repressive state that targets regime opponents (such as the Islamic Renaissance Party) and civil society groups. This has produced tactical and technical skills useful in ensuring the regime’s longevity, but the heavy dependence on security sector assistance has not led it to inculcate norms of accountability to the public or to enact important anti-corruption reforms – both critical to addressing ongoing and future intersections of trafficking, terrorism, and organized crime.

The divergent trajectories of Kyrgyzstan and Tajikistan exemplify the very different ways in which Central Asia’s security apparatuses are crystallizing in a context of trafficking, terrorism, and organized crime. As Kyrgyzstan suggests, some countries in Central Asia can make inroads into addressing the nexus over the long term. However, weakened institutions generate specific risk factors – ethnic tensions, arms/ weapon diffusion, and targeted abuses – that present short-term setbacks to enhancing security capacities.  As Tajikistan demonstrates, SSA and investments from governments can make relatively rapid advances in developing security institutions. These advances, however, may also bring their own risks – eroded governance and accountability, arms/weapon diffusion, widespread abuses of authority, and moral hazard problems – over the long run. These emerging state security institutions, moreover, will likely be with us for some time. 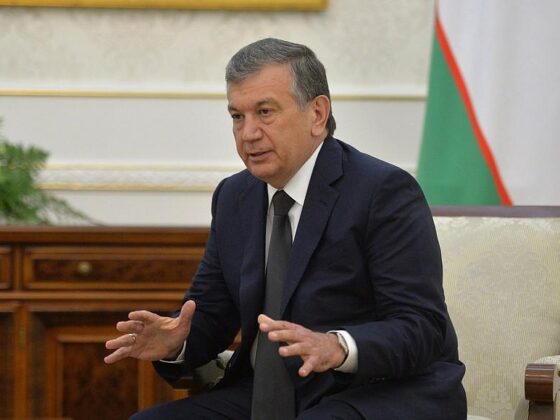 What Changes in a Post-Karimov Uzbekistan? 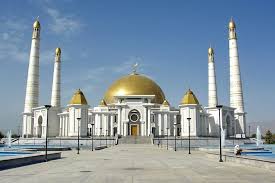 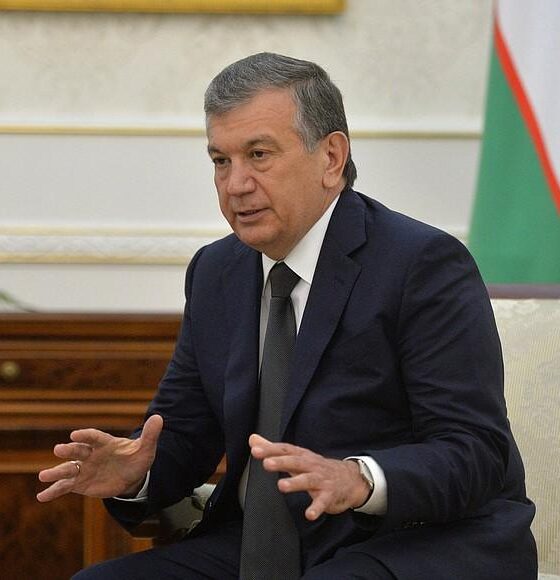